There’s so much good music coming out over the next couple of months that it seems a shame to limit it to just 20 tunes. But here goes – in a mix that, unlike Issue 2, is a more downtempo affair. Sometimes ambient, sometimes pop and one or twice even a touch of modern classical…

1. Aārp – ‘Novae Gemmae III’ (InFiné)
One of many artists combining classical and electronic, the former Wanderer – here reinvented as Aārp (or arpeggio) – turns his interest to spring (the Latin title translates as “new buds”).

3. Helado Negro – ‘Running’ (RVNG Intl)
Another single from the soon to be released This is How You Smile LP, this is the sound of summer arriving early from an artist finally getting some overdue attention.

4. Steve Moore – ‘Sentries Will Be Met with Force’ (Temporary Residence)
When the New York soundtrack composer (and one-half of Zombi) drops his Beloved Exile album in May, it’ll be his first proper album in five years. Until then, soak up this radio taster which nicely sums up the album’s multi-layered and atmospheric vibe.

5. Liela Moss – ‘Above You, Around You’ (Bella Union)
If there’s a theme to this month’s mixtape it’s that the majority of tracks originate from artists new to me…one of the perks of presenting a radio show I guess. Moss, singer with Duke Spirit, is doing her own thing here on an album recorded in isolation in Somerset with her partner / producer. Reviews of My Name is Safe in Your Hands have already been bandying around names like Kate Bush, Burt Bacharach and Nick Cave.

6. Kin Leonn – ‘Visionary’ (Kitchen Label)
There’s a longer version of this tune on the LP Commune. Hailing from Singapore but London based, Kin’s beautifully ambient album utilises a mix of organic and synthetic instruments combining to create an album that could be the soundtrack to your dreams.

7. Dana Gavanski – ‘One By One’ (Full Time Hobby)
If digital copies wore out I’d be looking for a replacement right now. Canadian Gavanski’s modern folk style harks back to the likes of Vashti Bunyan and more recently Beth Gibbons. No surprise, then, to discover that her debut is produced by Tunng’s Mike Lindsay.

8. Eluize – ‘Oceanic’ (Cragie Knowles)
The Glasgow label is proving to be quite consistent and this debut LP doesn’t disappoint. It says to file under minimal / tech house but it’s much warmer than that.

9. Lowly – ‘Baglaens’ (Heavenly)
The Danish experimental pop band’s sophomore album arrives on 12 April, and by all accounts it’s more adventurous than the well-received Heba. Baglaens is a lovely slice of dreamy pop with the treated vocals giving it an other-worldly vibe.

10. Fémina – ‘Resist’ (Fémina)
Quantic has introduced this Argentinian trio to his warmer brand of electronica and produced an album of folky, Latin hip hop. Iggy Pop was an early convert and guests on this track from the forthcoming LP Perlas Y Conchas.

11. Apparat – ‘Dawan’ (Mute)
Berliner Sascha Ring returns to his solo guise after trio work with Moderat for this single release and forthcoming album prior to touring Europe – including London’s Barbican Centre – with his own blend “techno orchestral pop ballads”.

12. June Chikuma – ‘Oddman Hypothesis’ (Freedom to Spend)
Always a surprise, always an education, the FTS label rarely disappoints. Japanese experimental musician and game composer June aka Jun’s Les Archives isn’t quite what the title suggests in that it’s a “reinvented” version of 1986’s Divertimento with extra tracks including this one.

13. Nucleus and Ian Carr – ‘Crude Blues Pts 1 & 2’ (Esoteric)
More of an interlude than a full number but don’t let that mislead you, as the six-disc box set Torrid Zone – The Vertigo Years 1970-1975 includes all their albums remastered and spans a rapid period of development for the British jazz rock group that was also contemporaneous to Miles Davis’ electric period. I’d foolishly written them off in the past but this release has forced me to reappraise their contribution.

14. Bill Pritchard – ‘Lanterns’ (Tapete)
By his own admission, this sees Pritchard performing as a “shabby-suited crooner” on an album chockfull of intimate and timely tunes (‘The Last Temptation of Brussels’ probably isn’t about Brexit, but you want it to be). As for ‘Lanterns’, well it’s crying out for a Take That cover.

15. Hearing Things – ‘Hotel Prison’ (Yeggs)
Fans of David Lynch or John Lurie’s Lounge Lizards might like to check out this release fronted by saxophonist and composer Matt Bauder. This the B-side to current single; the album contains nine more tracks of sleaze, honk and twang.

16. Papooz – ‘You and I’ (Half Awake)
FM-friendly Parisian pop from a band with a highly irreverent approach to pop videos. The album Night Sketches arrives in early March.

17. Alexander Streliski – ‘Plus Tôt’ (Secret City)
The second single from her Inscape LP, Streliski plays her first ever UK gig in May at Brighton’s Great Escape festival. HBO series Sharp Objects has aleady featured her music, so it’s no surprise that you can also hear this tune on a current UK advertising campaign.

18. Allume – ‘All the Rocks’ (Healthy Tapes)
A long distance contribution from Adelaide, you can hear more of Elena Ness aka Allume’s bedroom pop on her just released Valentine EP.

19. The Manhattan Transfer – ‘Johnny’ (Cherry Red)
As tempting as it was, I’ve plumped for this track, rather than ‘Marlene Dietrich’, from the reissued soundtrack to the 1978 film Just A Gigolo. David Bowie also starred and contributes ‘The Revolutionary Song’.

20. Hania Rani – ‘Glass’ (Gondwana)
Quality control is high at Gondwana, and Rani does nothing to tarnish that reputation with this debut single from an artist who splits her time between Warsaw, Berlin and group/ solo work. Here she’s on solo piano with a track from the forthcoming LP Esja. 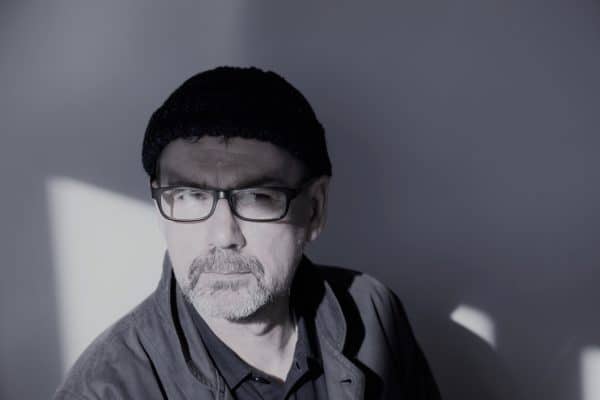 Karl Phillips presents the Random Jukebox radio show on Source 96.1FM. Source FM is a not-for-profit community station located in Falmouth and Penryn, Cornwall, and actively supports voices under-represented by traditional media. You can get in touch via [email protected]