Remember last year, when we goaded you all into taking a dip at dawn with the promise of an inspiring breakfast afterwards? Well we're at it again, but this time we have dusk in our sights. A hidden cove and subtropical garden in Falmouth Bay, a bracing swim, and inspiring speakers, drinks and food to sate your appetite for all things sea? At Last Light is here...

Twilight. Dusk. Gloaming. Whatever you call it, when the final rays of golden hour fade and night begins to fall, there are few better places to be than on, by, or in the water.

Sunset hour in September is spellbinding and this year, on the autumn equinox, we’re making the most of it – inviting inspiring speakers to join us on the beach to explore the sea; its power, its draw, and our diverse relationships with it.

We’re teaming up with the Hotel Meudon to host an ultra special Firelight at Bream Cove. Expect the usual Firelight magic (marshmallows included), with the added bonus of an invigorating swim and delicious vegetarian food and drink provided by Meudon’s kitchen.

There’ll be a peloton leaving Falmouth if you fancy making your way there by bike, plus we’re looking into alternative transport options too, to make it easy (and enjoyable) to get there. More on all this soon… 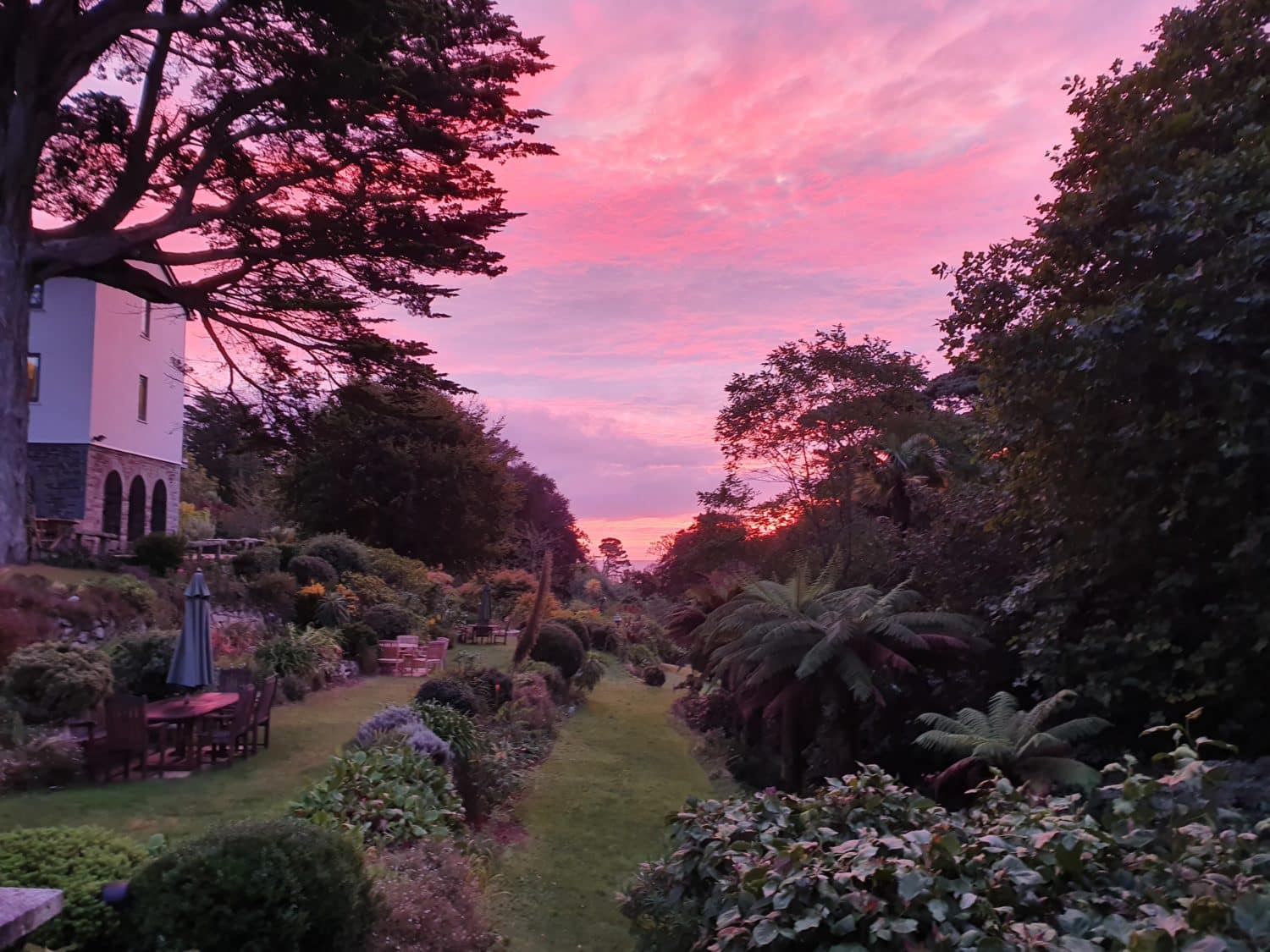 SPEAKERS: gathering with us on the shoreline at sunset this September, we have:

From tagging sharks as a marine biologist to working in the jungles of China, Inka Cresswell has a wealth of wildlife conservation experience and knowledge ready to share.

A London-based filmmaker, photographer and ocean activist, Inka creates beautiful ocean conservation films with the goal to educate, inform and inspire the next generation to connect with nature and drive positive change. She also works hard to change people’s perspectives of some of our most misunderstood species – from documenting calm interactions with a cruising Great White to apex predators coming face to face with the freedivers working to conserve their species.

Passionate about using her profile to increase the take-up of wildlife filmmaking and STEM subjects by women and girls, she’s also an Ocean Ambassador for the Marine Conservation Society. We can’t wait to listen and learn from her obsession with ocean and adventure.

Wyl is an award-winning author based in Cornwall. His 2016 debut novel, The Many was longlisted for the Man-Booker Award and was an Observer Best Fiction of the year pick. His second novel Fox Fires was published in 2021 and his short fiction has been published by Nightjar Press, Kneehigh Theatre, National Trust Books, and appeared in Best British Short Stories.

Placing the wild and versatile Cornish Coast at its heart, Wyl’s first full-length non-fiction book, The Draw of the Sea (published this summer), is an inspiring exploration of different people – from fishermen to conservationists and from boat builders to surfers – whose lives revolve around and have been shaped by the sea. It won the Roger Deakin Award from the Society of Authors.

A former journalist, Wyl has written for Radio 4’s Open Book, The Guardian and The Observer, and the journal Elementum. He’s co-creator of the Cornish writing centre, The Writers’ Block and lectures in creative writing at Falmouth University. When he’s not writing or teaching writing, Wyl enjoys messing around in boats.

Writer and broadcaster Octavia Bright is co-host of Literary Friction, a literary talk show on NTS and podcast platforms. The show has seen 1.1 million downloads since its launch 10 years ago,  and is a regular audio fixture for the Stranger Collective team.

Away from the mic, her ‘fiercely brave’ debut non-fiction book This Ragged Grace is set for publication in 2023 and explores her recovery from alcohol addiction, interwoven with her father’s experience of Alzheimer’s. Octavia also writes poetry, non-fiction, academic texts, news articles and features, is a dedicated advocate of the power of getting her body in a body of water and is endlessly inspired by Cornwall’s coastline.

Freediver, SSI Ocean Mermaid Instructor, artist, underwater model and marine conservation educator Emma Harper, or Mischief as she has become known, spends the majority of her time beneath the waves, or on beaches at events and beach schools, where she mixes her love of creative arts and marine adventures with a clear objective to share her stories of ocean conservation, mermagic and ocean safety, inspiring and motivating audiences. Her underwater and mermaid antics have seen her wash up on beaches around Cornwall and have taken her all around the world.

We have a limited number of At Last Light tickets available so get yours now.

At each of our events we offer a certain amount of tickets for free to make the event accessible to people who might not be able to afford the standard ticket price. For this event we have 5 free tickets available. Please email us on [email protected] to request a free ticket. No questions asked.