For this month's music recommendation noughties muso Joe King takes a trip down memory lane for us. Anyone else remember N:DLESS?

Monochromatic bodypopping and an undercurrent of tragedy? Just how I like my trip-hop.

In the 1990s, N:DLESS’s debut album took just moments to grab its audience in the head and have a good poke around. From eerie folkaronic echoes to pulsating beats punched through with falsetto flourishes, listeners were greeted with a cacophony of glorious noise to tingle the ears and tumble away into.

Following their unexpected performance at Cardiff Big Weekender in ’98 (one word – electric), the duo-cum-quartet’s following steadily grew until a smattering of teenagers’ fug-filled bedrooms across the land thrummed with lead singer Sarey Corrs’ vocal fry underlaid by the glitchiest of beats. 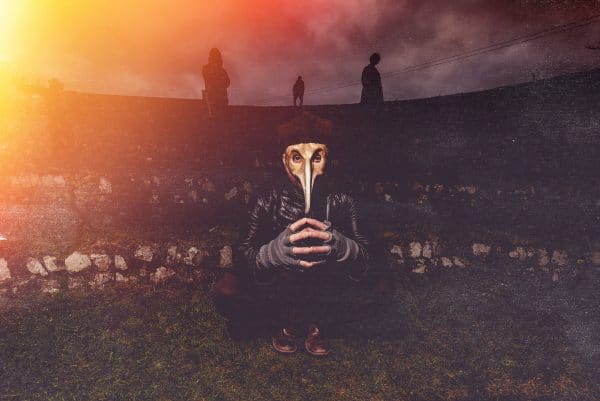 So in the month their reunion documentary is set to hit venues across the South West, their biggest hit ‘Ripe for the Restroom’ demands revisiting. Behind the stark convict styling and unapologetic sneers of the music video, lies an infectiously repetitive sound with lyrics that hits you in the back of the throat. Today’s progressive dance crowd could learn a lot from these trip-hop, industrial drum funk forefathers, starting with how to use the samba beat on a keyboard to startling effect.

From the glory days when they hit the mainstream and could almost call Chumbawumba friends, to the rumours of infighting and the notorious incident that led to their downfall, this was a band that lived hard and tried harder. Did they fulfil their potential? Who can say? But I for one find myself longing for those heady teenage bedroom days when I hear them. Long live N:DLESS.

Relive Ripe for the Restroom in your earholes.

Check out the documentary in an art house near you, or find out more about the brains behind the band.