A list of parts, props and inspirations. We peer inside Emily Juniper's studio to discover the wonderful world of bookbinding. 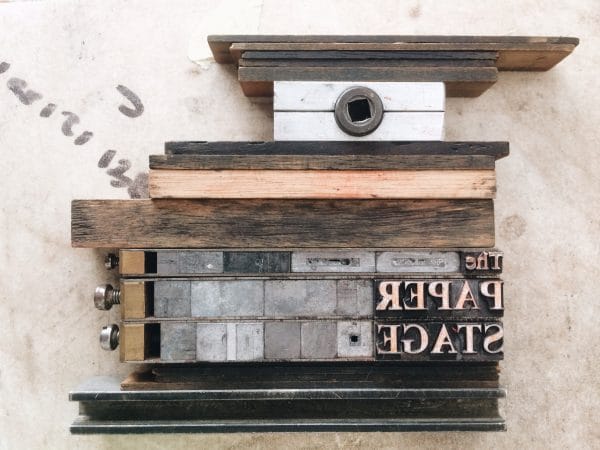 The windows of Juniper Bespoke bookbinders on Falmouth’s high street teem with tiny stories. A pin-high couple embrace next to a print roller, a book of Russian typeforms converse in Cyrillic script with a ceramic dog. And rolls of marbled paper and woven cloth lie in wait, for more stories to come.

Emily Juniper, bookbinder and artist, comes from a theatrical background. It shows. Each of her books is a little world. A performance. “My favourite part of a theatre is back stage,” she says, “looking up at the flies with ropes, pieces of scenery hanging down, painted and repainted a thousand times, ready to create whole worlds.”

“With paper I get that same sense of potential,” she says, “when I look at reams, or thumb my way through a sample book, or purr over a vintage paperback with impossible-to-recreate pulpy, yellowing texture.”

Stocked with inspirations, Emily’s studio holds the promise of projects to come. So ahead of this month’s bookbinding workshop on the 21 March (a few spots left if you’re interested) we snuck into the magpie’s nest for a backstage tour.

Here are some of the things we found, and the tales behind them… 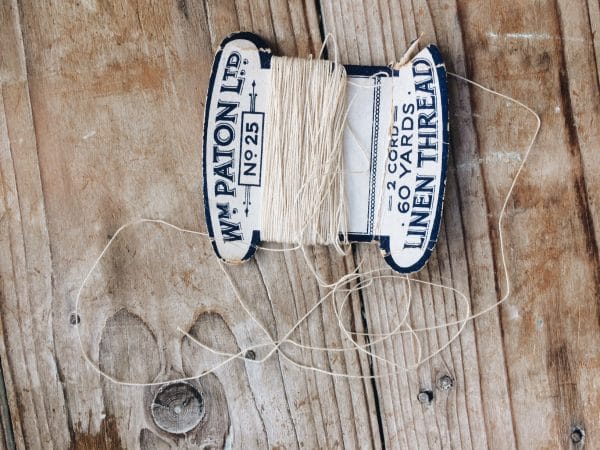 “This thread is from my grandmother’s sewing box, I only use it for special commissions. Linen thread like this is one of the nicest things to sew a book with.” 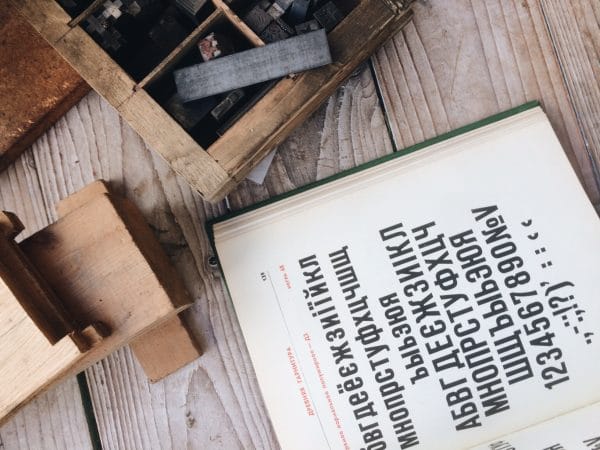 “I’m obsessed with type specimen books. They’re beautiful, and now kind of useless, objects. Most type foundries don’t exist anymore, you can’t just pick a type and order it. But there’s something exquisite about the letterforms laid out like that. As an adult you don’t often get to look at the alphabet just as a beautiful thing. As a kid you get to do it all the time.” 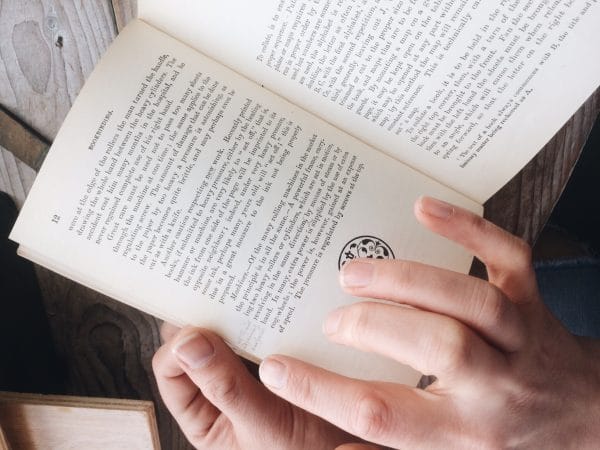 “I love old books on bookbinding.  Unlike the ones you get now, they’re mostly written by engineers, and give you really clear information. This one has brilliant annotations from the succession of bookbinders who owned it before I did.” 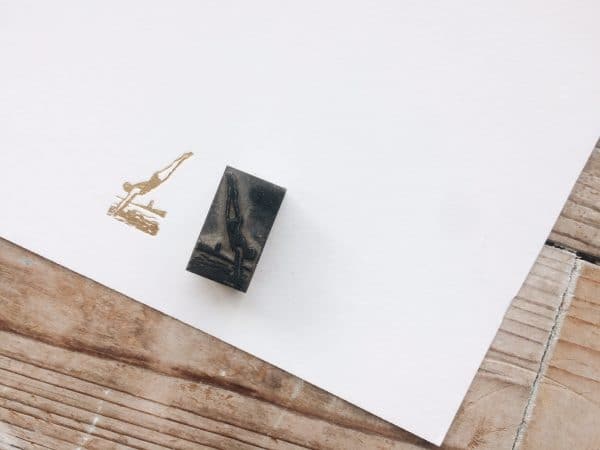 “I’ve been collecting type for a while, and before long people just started giving it to me. They could see I was doing something with it. I don’t know where this little swimmer came from.” 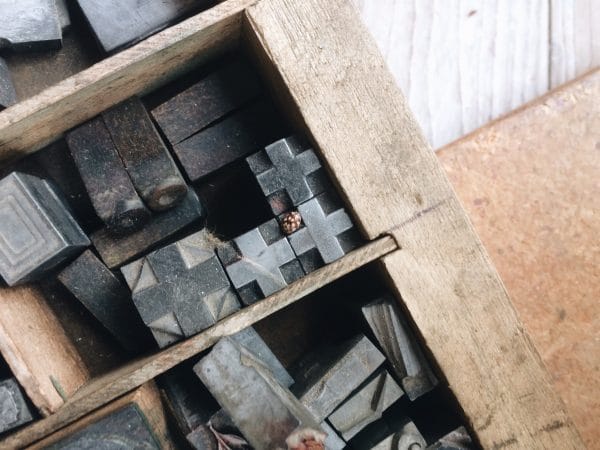 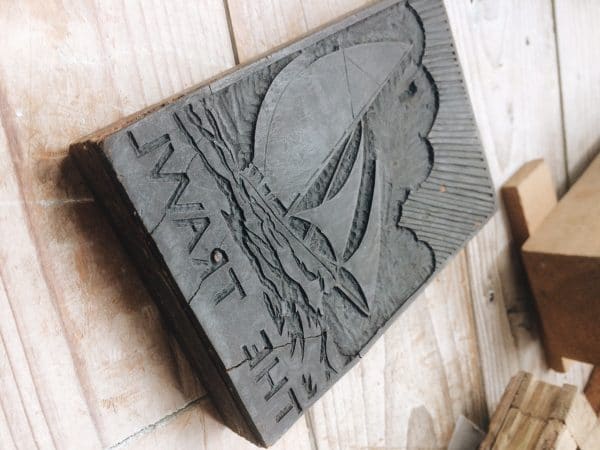 “This woodblock arrived at my door one morning. I don’t know who it’s from, it was just there. I came in, and it had been posted like that, not wrapped up, not anything. These things happen quite a lot. It’s like people see whatever it is that I’m doing, and I don’t even know what it is, but they see it and want to be a part of it.”

Seduced, like us, by her studio’s ephemera? Come along to Emily’s workshop to perfect some papery stagecraft of your own.