When we first got the email from Kodak, we thought it was too good to be true. Thankfully, it wasn't.

The pressure of taking the perfect shot. The anticipation of waiting for your prints to be developed. The nostalgia of lifting the lid of a shoebox to reminisce over decades-old snaps.

Film is infused with feeling. And one company that’s made its way into the hearts of film lovers everywhere is Kodak: the unmistakable yellow of its brand infusing itself into so many of the photo-worthy moments of our lives. So when an email from Kodak pinged into our inbox, well, initially we thought it was too good to be true. Thankfully though, it was real – a dream brief, in fact.

Since October we’ve been working with Kodak to craft impactful, imaginative, authentic content; from campaigns for Ektra, its game-changing camera-first smart phone, and soon-to-be published copy to help launch the return of its iconic Super 8 camera, to the editorial planning, writing and production management of its new print magazine, Kodachrome – in collaboration with our designer friends Cai and Kyn.

We worked with Cai and Kyn way back in our early Stranger magazine days (they designed issues 1, 2, 3 and 13). So coming together to produce a magazine again for such an iconic brand has been a real treat. To date we’ve sent two issues of Kodachrome to print, with a limited run of issue two launching at Cannes Film Festival at the end of May.

Whether conjuring up feature ideas, briefing writers, researching everything from colour theory to 3D printing, interviewing creatives, scientists, academics and film afficionados of all kinds from across the globe, commissioning illustrators and proofing into the wee small hours – we’ve lived every word and loved every last second of making Kodachrome magazine.

Take a little look through issue one below. The limited edition run sold out in a record two days – so keep your eyes peeled for Kodachrome 2, on sale soon. 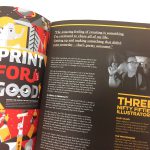 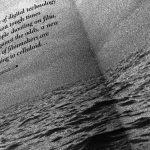